Your search for native heritage returned 0 categories and 5 links

PUEBLO SOCIETIES IN THE HERITAGE AREA

PUEBLO SOCIETIES IN THE HERITAGE AREA 1. The Puye Ruins in Rio Arriba County preserves one of the largest of the prehistoric Indian settlements on the Pajarito Plateau. The settlement was established in the late 1200s or early 1300s and abandoned by about 1600. The ruins, on the ancestral site of Santa Clara Pueblo, show a variety of architectural forms and building techniques. 2. Mesa Prieta is an elongated mesa situated above the confluence of the Río Grande and the Río Chama and extending north from Ohkay Owingeh to the village of Embudo, covering 36 square miles. Most of the land is privately owned, but it contains as many as 50,000 petroglyphs and other archaeological features that provide a record of area history dating from the Archaic period hunter-gatherers and early Puebloans, and extending to the current period. The mesa is considered a sacred place. The rock art collection is a unique record of impressions by multiple cultures, including Native, Hispanic, and Anglo visitors. The Mesa Prieta Petroglyph Project is a private non-profit community venture to record and preserve these stone images and the terrain and to provide education to visitors and local schools through tours, internships, and summer programs. 3. Pueblos are ancestral lands occupied for hundreds of years before the coming of the Spanish. Contemporary Pueblo people are descendants of the Ancestral Puebloans who lived throughout the Heritage Area. Each pueblo operates under its own government and establishes all rules and regulations for its own individual village. Tribal lands are open to the public at scheduled times for tours or attendance at feast days and dances. Four of the six Tewa pueblos are listed on the National Register of Historic Places: Nambé, San Ildefonso, Santa Clara, and Tesuque. Visitors are invited to attend many ceremonies and religious events at the pueblos, such as the June Feast Day at Santa Clara and the January Deer Dance at San Ildefonso. On feast days, it is courteous to accept an invitation to enter a Pueblo home to eat. The Nambe Pueblo was a primary cultural and religious center at the time of the arrival of Spanish colonists. The name means “People of the Round Earth.” San Ildefonso Pueblo is famous for its matte and polished black-on-black pottery popularized in the early 20th century by Maria and Julian Martinez. Santa Clara Pueblo offers tours of the prehistoric cliff dwellings of Puye, as well as sightseeing, fishing and camping in the nearby canyon. The Tesuque Pueblo (pronounced Teh-sue-kay) is one of the most traditional of the Tewa-speaking pueblos in observing ceremonies and preserving culture. Tesuque dances are known for the excellence of the costumes and the authenticity of the execution of dances and rituals. Ohkay Owingeh Pueblo (formerly San Juan Pueblo) has a well-known art center, the Oke Owinge Arts & Crafts Cooperative, where visitors may watch many of the artisans working in a variety of art forms. At the Pojoaque Pueblo (pronounced Po-hwa-kay), the Poeh Museum exhibits Pojoaque cultural history. In the nearby community of Pojoaque is the gallery of well-known pottery artist Roxanne Swentzell. At the annual Eight Northern Indian Pueblos Arts & Crafts Show, Indian artists themselves organize and operate the event. 4. Backed by mountains and facing a large plaza, Taos Pueblo is a National Historic Landmark and also a World Heritage Site. Taos has borrowed from Anglo- and Spanish-American cultures over centuries of contact, while retaining its cultural integrity and identity as a community. The pueblo provides daily guided tours for visitors. Its San Geronimo Feast Day in September features Buffalo, Comanche and Corn Dances, in addition to a trade fair, ceremonial foot races, and a pole climb. Picurís Pueblo (pronounced Pee-coo-reese) is listed on the National Register of Historic Places. Picurís craftsmen produce pottery different from most Pueblo art; it is strictly utilitarian and without ornament.

At Northern New Mexico College, ¡Sostenga! The Center for Sustainable Food, Agriculture, and Environment seeks to preserve and enhance the natural heritage of northern New Mexico through hands-on learning and economic development. As a center for collaboration and research, ¡Sostenga! seeks to foster sustainable living.
The Española Food Hub is a new development under way in Española. The project is a collaborative effort among the City of Española, several non-profit entities, led by Siete del Norte, and several funding organizations, including the National Heritage Area. The Food Hub will establish a regional food distribution network and market for regional agricultural products, and house an advanced dance institute with Moving Arts Española. The Northern Rio Grande’s living heritage is visible in places such as Chimayó, where chile farmers still irrigate with communal ditches and are renowned for their native green and red chiles. “In autumn, Deborah Madison writes in Saveur magazine, “the scents of apples and of piñon smoke, from fires used to roast the chiles, saturate the air.” Other traditional, favorite foods in New Mexico include Bizcochitos (sugar, anise, and cinnamon cookies) and Pastelitos (fruit pies cut into little rectangles). The Bizcochito is the “Official State Cookie of New Mexico.”

The Spanish and Indian Markets are two of the most popular cultural events within the Heritage Area, drawing visitors from all over the world. Every year, artists showcase and sell their work before a jury of their peers. Spanish Market is held every July in Santa Fe. The market fills booths around the plaza and surrounding streets. Artwork includes pottery of all kinds, as well as other traditional crafts such as Colcha embroidery, hand-loomed blankets and rugs, santos (paintings of saints and the holy family), and bultos (wood carvings of saints, figures, and scenes from the Scripture). The market also has a section for contemporary art and a strong program for youth.
Indian Market is held every August. Native American artists from all the Southwest tribes and pueblos, as well as from other areas, show their work and also enter it in a juried event. A wide variety of arts are shown, including pottery, weavings, carvings, paintings, baskets, and kachinas. Contemporary entries include clothing designed by American Indians.
Also noteworthy is the annual Española Valley Arts Festival in Española. A good place to sample foods grown in northern New Mexico is the Santa Fe Farmers' Market, considered one of the Top 10 Farmers' Markets in the country. Also popular is the Española Farmers’ Market and the annual Santa Fe Wine and Chile Fiesta*.* 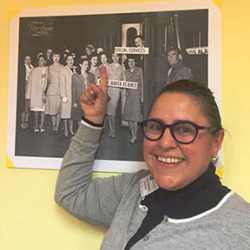 Board Member - Community Member, La Cienaga
Camilla Bustamante PhD. MPH is a native Santa Fean with familial ties in La Cienega and Pecos, Camilla has deep rooted connections in the Northern Rio Grande National Heritage Area. She has served on regional and community planning boards and committees in the interest of preserving the heritage and traditions that serve to strengthen community and sustain practices that have supported the indigenous definition of sustainability, "Healthy Environment, Healthy Culture, Healthy People" (Cajete, 1999). Dr. Bustamante has actively participated in the development of the NRGNHA Management Plan and other important initiatives that have led to the organizations viability since 2003. 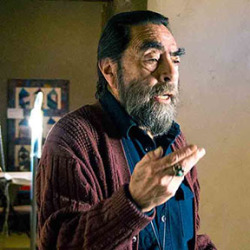 Board Member - Community Member, Taos
David Fernandez de Taos is a Native Taos New Mexican whose Spanish family heritage here is from the early 17th century and whose Navajo family heritage goes centuries more farther back than that. He has been a published author and newspaper writer and columnist for the past 44 years whose present writing includes the English-language column "The Blessing Way" and the Spanish-language column "Espiritu del Norte" in The Taos News; is author of his self-published book "Divine Light and Divine Blood" about the Taos Morada in 2010; and numerous other works.
David is a life-long participant in the spiritual, cultural, historical, and political aspects of life in El Norte and beyond; is a former Taos County Commissioner; and is active in ministries of the Catholic Archdiocese of Santa Fe and Our Lady of Guadalupe Parish in Taos. His special interest is to advance the spiritual rapprochement and relations among the cultures and peoples of the Northern Rio Grande region and beyond.
Privacy Policy| Contact Us