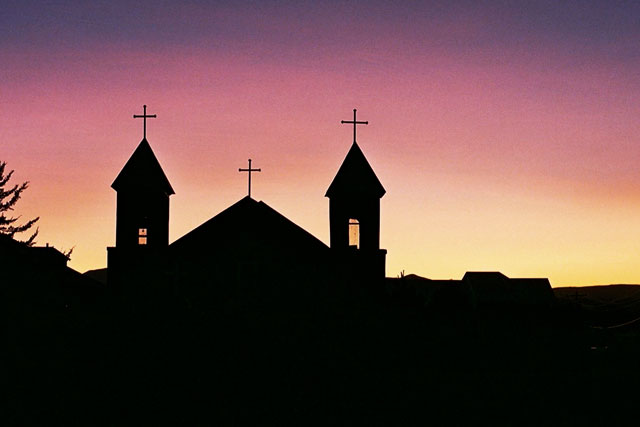 Communities abound in the Northern Rio Grande Heritage Area. Española - The Heart of Northern New Mexico Northern New Mexico’s history, culture and natural beauty invite travelers to seek authentic and real experiences. A common excursion is to drive N.M. 68 between Santa Fe and Taos. At first glance, there seems little reason to explore Española as one passes through the modern, urban clutter of Riverside Drive. However, the curious and persistent traveler will be rewarded by taking time to seek out some of the people and places of this historic, ancient valley. The city of Española lies in the Rio Grande Rift of north-central New Mexico. It straddles the Rio Grande River and is nestled between the Jemez Mountain range to the west and Sangre de Cristo Mountains to the east. Some 30 miles north of Santa Fe, it is bordered by ancient Santa Clara and Ohkay Owingeh pueblos. Pueblo Indians have lived in the area since the 1200s, maybe longer. The ancestors of today’s Tewa speaking Natives lived in villages along the Chama River and in the Jemez Mountains. Th¬ey hunted abundant game, fished the streams and rivers and foraged for herbs, fruits and nuts. Eventually they built permanent settlements along and near the Rio Grande where their villages are today. The first Spanish settlement occurred with the arrival of Juan de Oñate in 1598 at Ohkay Owingeh Pueblo. Oñate established the first successful European colony, San Gabriel, in what is now the United States—nine years before the settlement of Jamestown, Virginia. For numerous reasons, the contingent of soldiers, settlers and Franciscan friars chose to establish a new capital in Santa Fe circa 1609. Following the Pueblo Revolt of 1680, Mexican and Spanish settlers returned to the Española area to establish farming villages throughout the valley. Mexican and Anglo immigrants brought further change in the 1800s, creating the current mix of culture that is unique to the area. The 1880s saw the arrival of the railroad from Colorado through Española on the “Chile Line” to Santa Fe, and a village sprang up around its depot on the west bank of the river. La Española, the nickname of a woman who ran a small restaurant near the railway on Oñate Street, was applied to the village, which slowly began to grow. While farming had been the economic mainstay, the railroad brought new jobs related to timber, sheep and the trading of goods and supplies. ¬The Manhattan Project, which built the first atomic weapons at nearby Los Alamos in the 1940s, provided an additional economic boost to the area. With a city population today of more than 10,000, Española serves as a hub for 60,000 area residents and their shopping, medical care and other needs. An economic revival is slowing taking shape with development of a Main Street program supporting local entrepreneurs. Here visitors will discover a one-of-a-kind mix of cultures—Pueblo, Spanish, Mexican, Chicano, Anglo, Jewish and others—who proudly make Española their home. Native Pueblo and Hispanic Catholic religious traditions are seen in historic churches, arts, festivals and cultural events. Here’s a brief guide to the Española area’s top attractions and destinations. 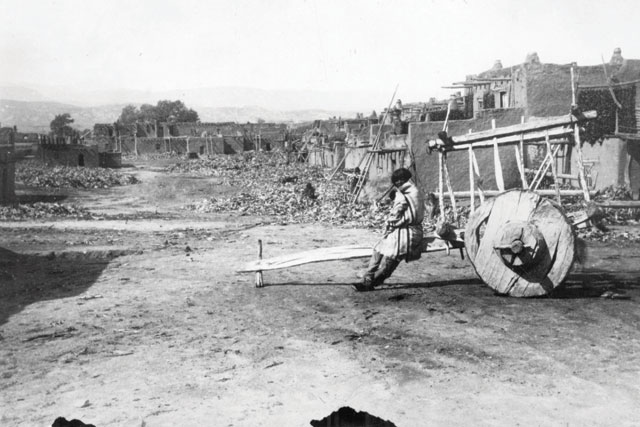